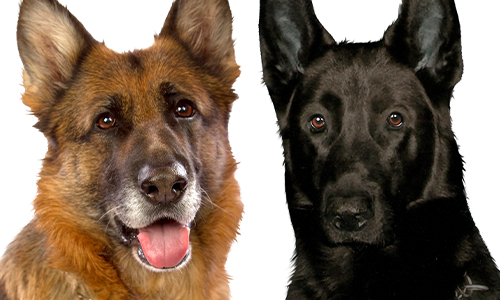 It was a beautiful afternoon in late September 2013. Lynn and Jerry O’Connor had just enjoyed a weekend at the family cabin and planned to head back to their home in Peterborough that evening. Lynn wanted to get a walk in first and headed off into the woods with her two German Shepherds, Jake (12) and Kyra (5). Her husband Jerry stayed back at the cabin to watch the football game.

It started off like any typical walk with the dogs along a familiar trail, but never in Lynn’s wildest dreams could she have imagined what was about to confront her next; an event that would terrify anyone to their core.

Lynn, Jake and Kyra came face to face with a black bear. It happened in a split second. First, a rustling in the bushes, and as Lynn turned to the source of the rustling, there it was.

Without hesitation, the ferocious animal attacked. The bear ran at Lynn, knocking her onto the ground. It immediately began to bite Lynn’s stomach and upper thigh. Lynn screamed for Jake and he ran to her rescue.

It was a horrific and harrowing moment. As the bear went for Lynn’s face, Jake’s fiercely protective instincts kicked in. Remarkably, given his age, he charged at the bear in an attempt to distract it, but he was no match for the vicious and determined black bear. Jake was only able to take the attention off Lynn for a moment as he was knocked down in the bear’s pursuit to attack Lynn again. Jake cried out loudly in pain and Kyra bravely jumped into the fray to protect both Jake and Lynn – to no avail. The bear went back to Lynn – bit her left leg and dragged her across the ground. Kyra, however, did not give up. She continued to bite and bark at the bear until finally the bear turned its attention away from Lynn completely and began to chase Kyra into the woods. Lynn was finally able to reach for her phone. Unfortunately, she was shaking too much to dial, so she screamed for Jerry in desperation hoping he would hear her.

Then she heard the sound of their all-terrain vehicle (ATV) engine start in the distance. Jerry had heard Lynn’s distant cries for help and Jake and Kyra’s persistent barking. He had raced for the ATV and followed the sound of the commotion. When he arrived at the scene his heart sank when he found his wife injured and bleeding on the path, with Jake also injured at her feet. Kyra was continuing to race away, drawing the bear further away from them. Jerry ran to his wife, helped her onto the ATV, Kyra re-emerged from the woods, and the group drove back to the cabin, with Kyra and Jake circling the vehicle to protect them from the bear who was still lurking in the bushes. After returning to the cabin, Jerry immediately brought Lynn to their car and they, along with Jake and Kyra, were able to drive away and escape this frightening and life-threatening attack.

Lynn has since made a full recovery and credits Jake and Kyra with saving her life that day – in her eyes they are her heroes; both of them willing to give up their own lives for their beloved owner.

Sadly, Jake passed away in November 2013 as a result of old age, but he will always be remembered for what he did that day.