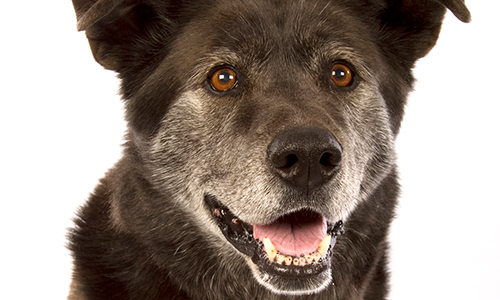 As winter turns into spring, the area around the North Saskatchewan River is a great place to hike and explore with friends and family. This spring day, the weather was beginning to warm up; the air was fresh and the partially frozen river had an unpredictable beauty.

Adam Shaw was familiar with the area as he often headed out with his family and dog, Rocky, for adventures in the great outdoors. That’s what happened in March 2013. But this adventure was unlike any other. A typical Shaw family outing turned into a life-saving ordeal.

Hiking through Rundle Park, the Shaws suddenly heard screaming under a footbridge. Adam looked down to see a young girl floating in the river and another girl trying to pull her out. It was Samara, age 9, and her sister Krymzen, age 10. Samara had fallen through the ice and was being carried away by the aggressive current, as her sister desperately tried to help.

Adam and Rocky, an eight-year-old Husky-Labrador mix, raced toward the girls while Adam’s wife called 911. By the time they arrived, Krymzen had also fallen into the river. Adam was able to pull her out but Samara was now being carried downstream, bobbing up and down in the water. Due to the cold, icy water, hypothermia was setting in which meant she could no longer move her arms or legs. Adam and Rocky carefully made their way along the ice toward her when the situation took a turn for the worse – the ice beneath them broke and Adam and Rocky both dropped into the cold river. Adam pushed Rocky, a 105 pound dog, out of the river, and pulled himself out by holding onto on Rocky’s leash.

Adam realized that the dog’s leash may be the only hope they had for saving Samara’s life. Adam knew he had to get Rocky back in the water with the leash in order to pull Samara back onto the thicker ice where he was perched. Rocky jumped courageously into the water and swam five to six metres away from Adam to where Samara was. With everything she had in her, Samara held Rocky’s leash. Adam yelled out to Rocky, calling the dog back to him. When they reached Adam, he quickly dragged them out of the freezing waters.

Adam held Samara tightly. She was hypothermic and terrified. As Rocky stood protectively nearby, Adam whispered to the little girl that it would be okay. It wasn’t long before the fire-rescue team was racing up the river in a boat to help the girl and the injuries she had sustained. Both sisters were then taken to the University of Alberta Hospital where they were treated and released the next day.

Rocky’s bravery and loyalty to his owner, Adam helped save the lives of these two young girls. His heroic efforts – risking his own life by jumping into the frigid waters of the North Saskatchewan River – and without any hesitation – is truly worth the honour as one of the Purina Animal Hall of Fame Inductees.