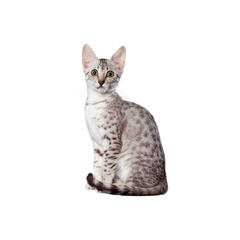 The Egyptian Mau is fiercely devoted to her humans and vocally shows signs of happiness and affection by meowing in a pleasant voice. She’ll also slowly swish her tail and knead with her front paws. She loves to display her hunting skills by chasing and retrieving a toy. As a moderate- to highly active breed, you may find her on top of your refrigerator or bookshelves.

Egyptian Maus also love playing with water and are smart enough to learn how to turn on the faucet. Despite her high energy levels, she adores curling up in your lap for a snuggle session. She’s great with playful children and other cat-friendly pets who can keep up with her active and energetic lifestyle, though reserved and wary around unfamiliar guests.

The Egyptian Mau’s spotted coat comes in 3 different colors: silver, bronze or smoke, which is black-tipped, pale silver fur. The breed can come in several other colors, including solid black, blue silver, blue spotted, blue smoke and solid blue, but they aren’t allowed in the show ring. In addition to their unique spots, Maus also have large, uniquely colored eyes in what many refer to as “gooseberry green”.

A wedge-shaped, but soft head sits atop her muscular body. The forehead features an “M” shape, and her cheeks have “mascara” lines, all of which create a slightly “worried” look. Medium-to-large ears top the wedge-shaped head. Her spots range from small to large and vary in shape. The hind legs are longer than the front and she has small, delicate feet. Her tail is long and banded with a dark tip.

Although the breed’s exact origins aren’t known, ancient Egyptian texts and paintings dating back to 1550 BC depict spotted cats worshipped by the Egyptians. Although the breed was recorded in Europe prior to World War II, the war nearly wiped out the Egyptian Maus. Natalie Troubetskoy, a Russian princess, was gifted a silver female kitten while living in Rome.

She named her “Baba”, and when she moved to the U.S. in 1956, Baba and her two kittens tagged along. To ensure the breed’s survival, Troubetskoy developed a standard and began breeding the Egyptian Maus. The breed was recognized by the Cat Fanciers Federation in 1968, followed by the Cat Fanciers Association (CFA) in 1977 and The International Cat Association (TICA) in 1979. It’s recognized by most associations today.

Although both pedigreed and mixed-breed cats face genetic and non-genetic health risks, responsible breeders do their best to develop healthy cats. The Egyptian Mau is a generally healthy feline, with the only predispositions for disease including urolithiasis and pyruvate kinase deficiency.

Their active lifestyle requires a complete and balanced cat food to support her energy levels day to day, such as Purina ONE True Instinct Natural Grain Free with Real Chicken Plus Vitamins & Minerals. Egyptian Maus, like many other cats, often don’t drink enough water, so you may want to supplement her dry kibble with a wet cat food like Purina Pro Plan True Nature Natural Chicken & Liver Entrée to help increase her total water intake.

Egyptian Mau kittens, like other breeds, have specific nutritional needs throughout their first year of life. To ensure your Egyptian Mau gets plenty of essential nutrients to support her growth and development, select a complete and balanced kitten food like Purina ONE Healthy Kitten Formula.

To explore other products for your Egyptian Mau, see our Product Selector.

FIND AN EGYPTIAN MAU CAT NEAR YOU 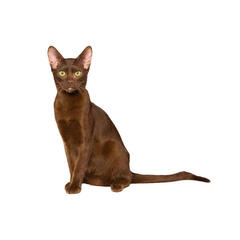 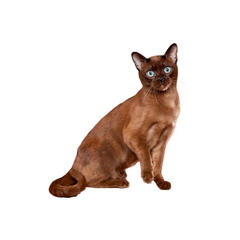 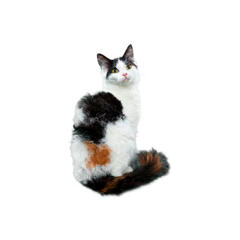 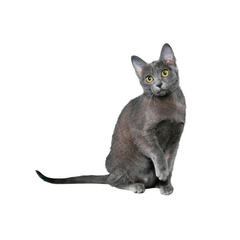