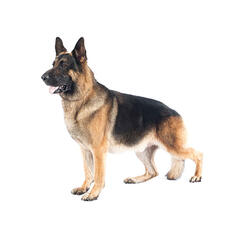 Hailed as the world’s leading military, guard, and police dog breed, the German Shepherd Dog is a large, agile, muscular dog known for his loyalty and high intelligence.

The German Shepherd Dog is a loving, loyal and even-tempered family companion who is also fond of children. They are eager to please and easy to train, which is why they are often utilized as police dogs, service dogs, agility dogs, conformation animals, obedience dogs and sentinels. As a result, they are now known as one of the most popular dog breeds in Canada.

Though the German Shepherd Dog is a lovable breed, they do not give affection lightly. As a “one-man” breed, however, they display serious loyalty to their owner or primary caretaker. As a strong, powerful breed, it is important to socialize puppies with children (during the critical socialization window) to ensure they grow up to become a good family member.

As an active breed, German Shepherds require both mental and physical exercise. Many do well with activities like agility, herding, tracking and dock diving.

How Long Does a German Shepherd Live?

German Shepherds have a medium-length, double coat consisting of a dense, harsh and close-lying outer coat with a softer undercoat. Their coat is easy to maintain with a quick brushing every few days to remove loose hair. They shed more profusely once or twice a year. To control the shedding, you should brush them more frequently during these seasons.

Some German Shepherds can suffer from myelopathy and elbow and hip dysplasia, but responsible breeders will screen for those health conditions to develop the heathiest possible version of the breed.

They may also experience bloat, a sudden and life-threatening swelling of the abdomen. Speak to your veterinarian about the signs and symptoms of bloat.

Because German Shepherd Dogs can weigh more than 50 pounds at maturity, opt for a large-breed dog food to support joint health and mobility and maintain their ideal body condition. You may also want to consider foods formulated for active and energetic dogs, which offer an ideal protein-to-fat ratio to maintain lean muscles.

These foods could include:

When choosing a dog food for your German Shepherd puppy, select a formula containing DHA to nourish brain and vision development and antioxidants to support their developing immune system during their first year of life. A large-breed or sport puppy formula can further support the joint health of an active, growing puppy.

The German Shepherd Dog was first bred in 1899, when a German cavalry officer made it his mission to develop the ideal German herder. Breeders crossed various strains from across the country to create the breed we know today. The breed became popular in the U.S. after the adventures of Rin-Tin-Tin and Strongheart swept theaters. The breed suffered from anti-German sentiment during and after the world wars, however.

The German Shepherd Dog developed their well-known qualities of intelligence, agility, speed, stealth and firm authority in the sheep pasture. After the rise of modern livestock management, these traits were recognized by police and military units and the dog became an ideal police dog breed. Today, the German Shepherd is one of the most popular dog breeds for families and police alike.

FIND A GERMAN SHEPHERD DOG NEAR YOU

Still Looking for a German Shepherd Dog Near You?
Find a Local Breeder 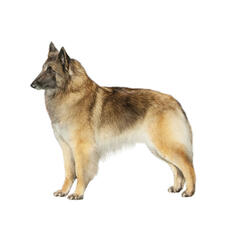 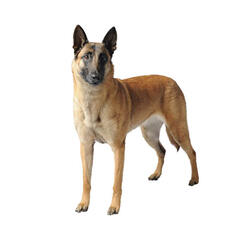 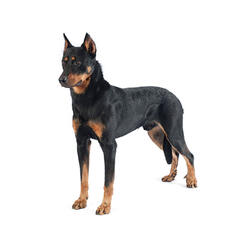 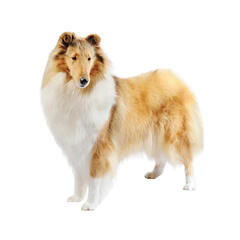