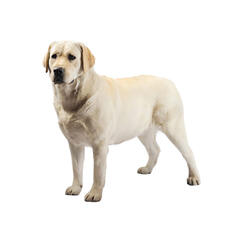 The Labrador Retriever is a friendly, intelligent dog breed, which might explain why Labs are one of Canada’s favourite dogs.

Temperament of a Lab

Labrador Retrievers are everything you’d expect of man’s best friend. They’re friendly and outgoing, devoted to their families, eager to please and easygoing, yet energetic. As a result, it’s no surprise why they are one of the most popular dog breeds.

Labs are a large breed with lots of energy, so it is important to socialize and train Lab puppies from an early age. Daily exercise is important to prevent a bored Labrador from resorting to destructive behaviors like excess barking or chewing to burn off pent-up energy.

Labradors are sturdy dogs with a wide head, tapered tail and a dense, water-repellant double coat.

How Long Does a Labrador Retriever Live?

Labs come in a few different colours so depending on your preference, you may prefer a black Lab, chocolate Lab, or a golden Labrador Retriever.

Labradors are generally healthy, but they can be prone to weight gain. Many Labs will overeat if given the opportunity, so watch their food intake closely. A complete and balanced diet and daily exercise can help prevent weight gain.

Other health conditions that may affect Labs include hip and elbow dysplasia, myopathy and heart disorders. Labs may also have a higher risk for certain eye conditions like progressive retinal atrophy.

As with other large breed dogs, Labrador Retrievers are at risk of bloat, a life-threatening condition.

Because of the breed’s popularity, there’s a higher risk of irresponsible breeding to fulfill demand, so make sure you work with a reputable breeder who conducts thorough health screens.

As a large breed, Labrador Retrievers may benefit from a large-breed adult or puppy formula. To support a Lab’s high energy levels, a high-protein dog food may also be appropriate. Labrador Retriever puppies will thrive on a puppy food specially formulated to meet their unique needs during their first year of life.

For information on how much or when to feed your Labrador dog or puppy, explore our feeding articles here.

The Labrador Retriever gets his name from Labrador, Canada, though the breed was developed in 19th-century Newfoundland as a water dog. Originally called St. John’s dog after Newfoundland’s capital, Labs worked alongside local fisherman to retrieve their catches.

Early Labs may have been bred with Newfoundlands and other water dogs before a breed standard was formed. Around 1830, Labs were imported to England, where they served as hunting retrievers. The breed disappeared from Newfoundland entirely after government restrictions and various tax laws took effect.

The Kennel Club in England recognized the Labrador Retriever as an official breed in 1903, however, and the Canadian Kennel Club (CKC) followed suit shortly after.

The breed’s popularity soared after World War II and by 1991, Labs were the most popular dog in the U.S. They’ve held onto that top spot ever since.

Facts About the Labrador Retriever

FIND A LABRADOR RETRIEVER NEAR YOU

Still Looking for a Labrador Retriever Near You?
Find a Local Breeder 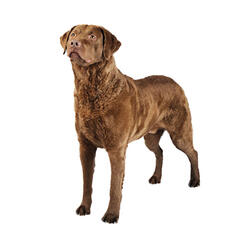 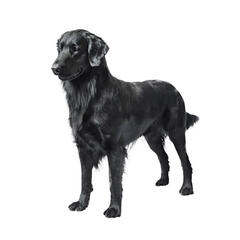 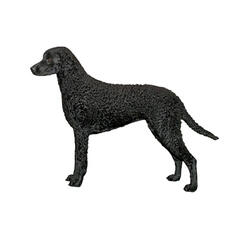 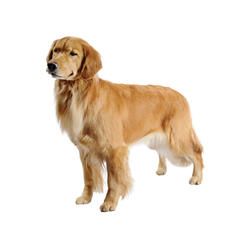