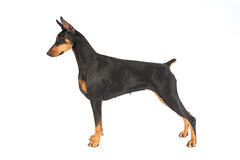 The brave and intelligent Doberman is both a loyal and affectionate family dog and watchful guard dog.

Temperament of the Doberman Pinscher

Doberman Pinschers are playful and intelligent dogs, despite their aggressive reputation. With proper training and socialization from puppyhood, the Doberman makes an excellent and affectionate companion.

A properly socialized Dobie is good with both children and other pets, though children must also be taught how to safely interact with the dog.

As an energetic breed, the Doberman dog needs plenty of exercise. He’ll enjoy going on long walks, runs or hikes with you and playing in a fenced-in yard.

The Dobie is smart, so he learns quickly. This can make training easy initially, but he can get bored, so you’ll need to find ways to keep the sessions interesting. Because he’s a physically strong and strong-willed dog, proper training is essential to ensure he becomes a good canine citizen and a respectful member of the family.

The Dobie is muscular and athletic, with a sleek and regal appearance. Traditionally, their tails are docked and ears cropped. Dobermans have short, sleek coats.

How Long Does a Doberman Pinscher Live?

Typically a Doberman Pinscher will live between 10 to 12 years of age.

When most people think of Dobermans, they think of the traditional black coat with rust markings.

Doberman coats can actually come in an array of colours, including black, blue, red, or fawn with rust markings. The rust markings are usually above the eyes, on the muzzle, throat, chest, legs, feet and under the tail.

Does the Doberman Shed?

Doberman Pinschers are a healthy breed overall. A primary concern, as with other deep-chested, large dogs, is bloat. Other genetic conditions like hip dysplasia, dilated cardiomyopathy, von Willebrand’s disease, hypothyroidism and progressive retinal atrophy are also possible. Responsible breeders screen for medical conditions that could affect the dog’s health, so make sure to inquire about this before adopting your new companion.

Because Dobermans are such an active breed, you may want to feed yours a high protein dog food to support his energy levels.

A Doberman puppy will need a quality puppy food for the first year of his life to help him grow and develop into a healthy dog. For more information about how and when to feed your Doberman dog or puppy, explore our feeding articles.

The Doberman Pinscher originated in Germany toward the end of the 19th century. The breed is named for Louis Dobermann, a tax collector who bred the dogs to serve as protectors as he made his collection rounds.

Dobies soon earned a reputation as working dogs and were used by the police and military as early as World War I. They also worked as therapy and service dogs.

Dobermans made their way to the U.S. in the early 1900s and were registered with the American Kennel Club (AKC) in 1908. The Doberman Pinscher Club of America formed in 1921 and the dog is still considered one of the most popular working breeds in America.

FIND A DOBERMAN PINSCHER NEAR YOU

Still Looking for a Doberman Pinscher Near You?
Find a Local Breeder 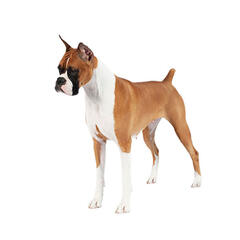 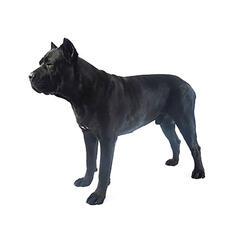 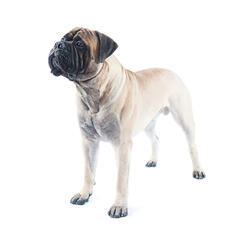 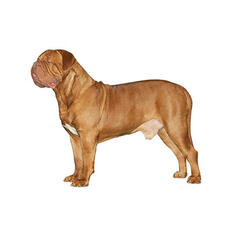